Skip to content
In order to achieve the objectives of Nova Rhetorica, Nova Rhetorica has decided from its outset to support the ensembles Les Esprits Animaux and Scaramuccia and the independent record label Snakewood Editions, as their work is aligned with the objectives of the foundation. Nova Rhetorica may be willing to support other similar initiatives, as long as they align with the foundation’s focus.
The support can include fundraising and the performance of tasks in the field of marketing, PR and communication. 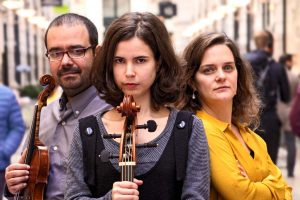 Scaramuccia was founded in February 2013 on the initiative of violinist and musicologist Javier Lupiáñez with the aim of recovering lesser-known baroque repertoire. Throughout its career, the ensemble has been praised by reviewers and audiences for the liveliness and expressiveness of its performances, its audience engagement, and the originality of its programmes. The deep research behind each programme allows Scaramuccia to have the chance and the pleasure of performing forgotten musical treasures hidden among the standard baroque repertoire.

Scaramuccia debuted at the fringes of Bruges and Utrecht festivals in summer 2013, with a very positive reception by audience and organizers.  Since then, the ensemble has established itself in the European Early Music scene as an original proposal. Among other festivals and venues, Scaramuccia has performed in Internationaal Kamermuziek Festival Utrecht – Janine Jansen and Friends, Kasteelconcerten, and Musica Antica da Camera (The Netherlands), Fora do Lugar (Portugal), Festival Internacional de Arte Sacro de Madrid (Spain), Museum Vleeshuis and Philarmonie de Namur (Belgium), Maldon Festival of Arts (United Kingdom), and Festival Echi Lontani (Italy).

In its zeal to discover new music, Scaramuccia had the privilege of attributing for the first time the RV 820 and the RV 205/2 to Vivaldi and performing both pieces as a world première in an interview and a live concert broadcasted by the programme De Musyck Kamer of the Dutch radio station Concertzender in the summer of 2014. These pieces, together with the latest Vivaldi discoveries for violin and basso continuo, were recorded for Ayros in 2015 on the ensemble’s first album.

Scaramuccia was awarded the Audience Prize in the Göttinger Reihe Historischer Musik 2015/2016 competition.

Scaramuccia is currently immersed in “The Cabinet II Project”, a journey to Dresden in the footsteps of the great Konzertmeister Johann Georg Pisendel and his manuscripts preserved in the Schranck II. The scope of the project includes the unearthing of musical works, live performances, sheet music and musicological texts publishing, and CD recordings.

1717. Memories of a Journey to Italy, released in 2018, is the first disc of the series. It has been acclaimed by reviewers all over Europe and nominated for the 2019 ICMA Awards (International Classical Music Awards). It was launched with the ensemble’s own recording label: Snakewood Editions. The second album of the series, Pisendel. Neue Sonaten, was released in winter 2020.

Les Esprits Animaux is a Netherlands-based baroque band created in 2009. The group has earned through the last years great acclamation of both music critics and audiences. It has enjoyed an intense concert schedule, performing in several European countries as well as in Japan.

Since 2010, Les Esprits Animaux, after being selected young ensemble in residence in Centre Culture de Rencontre d’Ambronay, have been invited to participate in the Festival d’Ambronay until the present year. The band has pursued since then its musical journey performing at the Fringe and the Fabulous Fringe of the Oude Musiek Festival in Utrecht (The Netherlands), the Fringe of MAfestival in Bruges (Belgium) and in the International Young Artist Platform in Antwerp (Belgium) where it was awarded “Promising Ensemble 2011”. In 2012, it has participated in the contest “Göttinger Reihe Historischer Musik” in Göttingen (Germany).

In 2013, the ensemble had the opportunity to perform in Bozart in Brussels and to be in residence at the Centre Cultural Voce in Pigna in Corsica (France). Among other previous projects, they performed in “The Day of La Petite Bande” in Leuven as well as concerts in the European Parliament in Brussels representing Ambronay as European Culture Ambassador 2011. In 2012 Les Esprits Animaux made its first Japan tour.

The ensemble recorded broadcastings with France Musique (France), Musiq3 (Belgium), NPO Radio4, Radio Klara (Belgium), and Concertzender Nederland (The Netherlands). After having recorded its first CD for Ambronay Éditions (Harmonia Mundi) with a programme dedicated to G. Ph. Telemann in 2011, the ensemble recorded its second CD in 2013 with a program entitled “Transfigurations” for the same label. 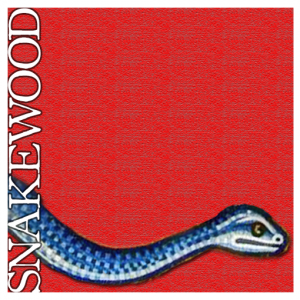 Snakewood is an independent recording label and a publishing house specialized in baroque music. They seek to offer a high quality result, surpassing industry standards at every step. Some of their guidelines are the recording of unknown repertoire and the supplementation of their recordings with extensive musicological material. Their music editions are made by and for musicians, combining musicological fidelity and interpretative practicality.

Snakewood is also the name of a beautiful tropical wood widely used for the making of baroque bows. The making of a baroque bow is an art that requires high artistic and technical skills and a good knowledge of ancient practices. Likewise, the products of Snakewood Editions are crafted with a balanced combination of all these qualities.

In its short life, their CDs have been nominated six times for Opus Klassik awards and twice for ICMA awards. They have had the honor of releasing albums with premieres by Pisendel and Tanfani. Their editions are regularly purchased by top professional musicians and amateurs around the world.